Part of the Korovin Brothers Series

From the moment Alicia Teller tripped and fell into Nikolai Korovin’s arms, her iron-clad control started to slip!

While Alicia’s tantalizing curves might drive Nikolai to distraction, business and pleasure are not two things this legendary tycoon has ever mixed…until now.

A Devil in Disguise

Drusilla Bennett’s job from hell will soon be over. Ready to take her life back, she plucks up the courage to say “I quit!”

But nothing and no one has ever taken Cayo Vila by surprise, and he’s not going to let Dru go quite so easily…! 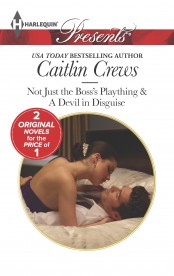 Torture would be preferable to this.

Nikolai Korovin moved through the crowd ruthlessly, with a deep distaste for his surroundings he made no effort to hide. The club was one of London's sleekest and hottest, according to his assistants, and was therefore teeming with the famous, the trendy and the stylish.

All of whom appeared to have turned up tonight. In their slick, hectic glory, such as it was. It meant Ve-ronika, with all her aspirations to grandeur, couldn't be far behind.

"Fancy a drink?" a blank-eyed creature with masses of shiny black hair and plumped-up lips lisped at him, slumping against him in a manner he imagined was designed to entice him. It failed. "Or anything else? Anything at all?"

Nikolai waited impatiently for her to stop that insipid giggling, to look away from his chest and find her way to his face—and when she did, as expected, she paled. As if she'd grabbed hold of the devil himself.

He didn't have to say a word. She dropped her hold on him immediately, and he forgot her the moment she slunk from his sight.

After a circuit or two around the loud and heaving club, his eyes moving from one person to the next as they propped up the shiny bar or clustered around the leather seating areas, cataloging each and dismissing them, Nikolai stood with his back to one of the giant speakers and simply waited. The music, if it could be called that, blasted out a bass line he could feel reverberate low in his spine as if he was under sustained attack by a series of concussion grenades. He almost wished he was.

He muttered something baleful in his native Russian, but it was swept away in the deep, hard thump and roll of that terrible bass.Torture.

Nikolai hated this place, and all the places like it he'd visited since he'd started this tiresome little quest of his. He hated the spectacle. He hated the waste. Veronika, of course, would love it—that she'd be seen in such a place, in such company.

Veronika. His ex-wife's name slithered in his head like the snake she'd always been, reminding him why he was subjecting himself to this.

Nikolai wanted the truth, finally. She was the one loose end he had left, and he wanted nothing more than to cut it off, once and for all. Then she could fall from the face of the planet for all he cared.

"I never loved you," Veronika had said, a long cigarette in her hand, her lips painted red like blood and all of her bags already packed. "I've never been faithful to you except by accident." Then she'd smiled, to remind him that she'd always been the same as him, one way or another: a weapon hidden in plain sight. "Needless to say, Stefan isn't yours. What sane woman would have your child?"

Nikolai had eventually sobered up and understood that whatever pain he'd felt had come from the surprise of Veronika's departure, not the content of her farewell speech. Because he knew who he was. He knew what he was.

And he knew her.

These days, his avaricious ex-wife's tastes ran to lavish Eurotrash parties wherever they were thrown, from Berlin to Mauritius, and the well-manicured, smooth-handed rich men who attended such events in droves—but Nikolai knew she was in London now. His time in the Russian Special Forces had taught him many things, much of which remained etched deep into that cold, hard stone where his heart had never been, and finding a woman with high ambitions and very low standards like Veronika? Child's play.

It had taken very little effort to discover that she was shacking up with her usual type in what amounted to a fortress in Mayfair: some dissipated son of a too-wealthy sheikh with an extensive and deeply bored security force, the dismantling of which would no doubt be as easy for Nikolai as it was entertaining—but would also, regrettably, cause an international incident.

Because Nikolai wasn't a soldier any longer. He was no longer the Spetsnaz operative who could do whatever it took to achieve his goals—with a deadly accuracy that had won him a healthy respect that bordered on fear from peers and enemies alike. He'd shed those skins, if not what lay beneath them like sinew fused to steel, seven years ago now.

And yet because his life was nothing but an exercise in irony, he'd since become a philanthropist, an internationally renowned wolf in the ill-fitting clothes of a very soft, very fluffy sheep. He ran the Korovin Foundation, the charity he and his brother, Ivan, had begun after Ivan's retirement from Hollywood action films.

Nikolai tended to Ivan's fortune and had amassed one of his own thanks to his innate facility with investment strategies. And he was lauded far and near as a man of great compassion and caring, despite the obvious ruthlessness he did nothing to hide.

People believed what they wanted to believe. Nikolai knew that better than most.

He'd grown up hard in post-Soviet Russia, where brutal oligarchs were thick on the ground and warlords fought over territory like starving dogs—making him particularly good at targeting excessively wealthy men and the corporations they loved more than their own families, then talking them out of their money. He knew them. He understood them. They called it a kind of magic, his ability to wrest huge donations from the most reluctant and wealthiest of donors, but Nikolai saw it as simply one more form of warfare.

And he had always been so very good at war. It was his one true art.

But his regrettably high profile these days meant he was no longer the kind of man who could break into a sheikh's son's London stronghold and expect that to fly beneath the radar. Billionaire philanthropists with celebrity brothers, it turned out, had to follow rules that elite, highly trained soldiers did not. They were expected to use diplomacy and charm.

And if such things were too much of a reach when it concerned an ex-wife rather than a large donation, they were forced to subject themselves to London's gauntlet of "hot spots" and wait.

Nikolai checked an impatient sigh, ignoring the squealing trio of underdressed teenagers who leaped up and down in front of him, their eyes dulled with drink, drugs and their own craven self-importance.

Lights flashed frenetically, the awful music howled and he monitored the crowd from his strategic position in the shadows of the dance floor.

He simply had to wait for Veronika to show herself, as he knew she would.

Then he would find out how much of what she'd said seven years ago had been spite, designed to hurt him as much as possible, and how much had been truth. Nikolai knew that on some level, he'd never wanted to know. If he never pressed the issue, then it was always possible that Stefan really was his, as Veronika had made him believe for the first five years of the boy's life. That somewhere out there, he had a son. That he had done something right, even if it was by accident.

But such fantasies made him weak, he knew, and he could no longer tolerate it. He wanted a DNA test to prove that Stefan wasn't his. Then he would be done with his weaknesses, once and for all.

"You need to go and fix your life," his brother, Ivan, the only person alive that Nikolai still cared about, the only one who knew what they'd suffered at their uncle's hands in those grim years after their parents had died in a factory fire, had told him just over two years ago. Then he'd stared at Nikolai as if he was a stranger and walked away from him as if he was even less than that.

It was the last time they'd spoken in person, or about anything other than the Korovin Foundation.

Nikolai didn't blame his older brother for this betrayal. He'd watched Ivan's slide into his inevitable madness as it happened. He knew that Ivan was sadly deluded—blinded by sex and emotion, desperate to believe in things that didn't exist because it was far better than the grim alternative of reality. How could he blame Ivan for preferring the delusion? Most people did.

Nikolai didn't have that luxury.

Emotions were liabilities. Lies. Nikolai believed in sex and money. No ties, no temptations. No relationships now his brother had turned his back on him. No possibility that any of the women he took to his bed—always nameless, faceless and only permitted near him if they agreed to adhere to a very strict set of requirements—would ever reach him.

In order to be betrayed, one first had to trust.

And the only person Nikolai had trusted in his life was Ivan and even then, only in a very qualified way once that woman had sunk her claws in him.

But ultimately, this was a gift. It freed him, finally, from his last remaining emotional prison. It made everything simple. Because he had never known how to tell Ivan—who had built a life out of playing the hero in the fighting ring and on the screen, who was able to embody those fights he'd won and the roles he'd played with all the self-righteous fury of the untainted, the unbroken, the good—that there were some things that couldn't be fixed.

Nikolai wished he was something so simple as broken.

He acted like a man, but was never at risk of becoming one. He'd need flesh and blood, heat and heart for that, and those were the things he'd sold off years ago to make himself into the perfect monster. A killing machine.

Not Just the Boss's Plaything 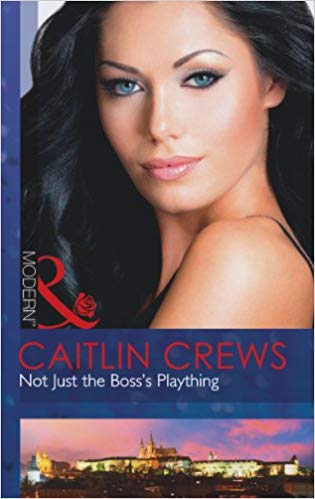 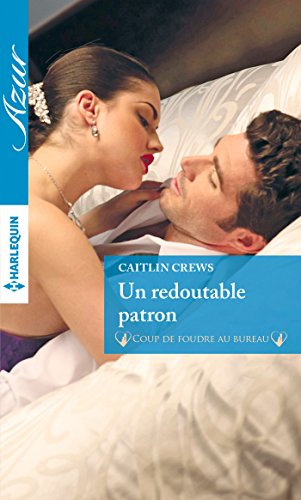 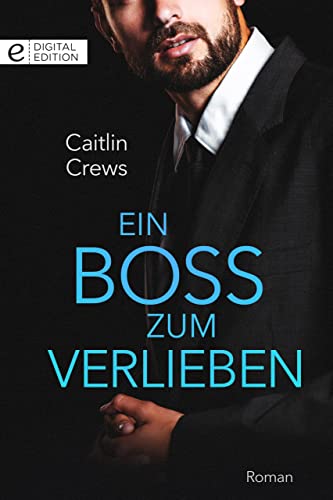 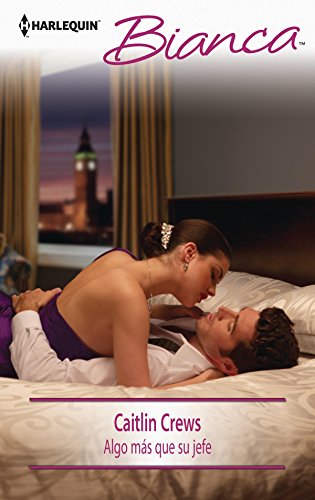 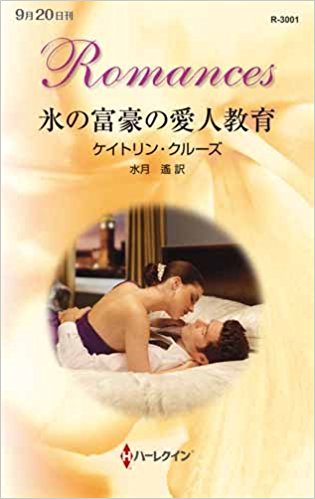 TOP PICK! 4 1/2 Stars! “This extraordinary romance stars an unforgettable couple whose racy repartee culminates in an all-sense-encompassing seduction that will take your breath away. Crews’ heart-wrenching narrative is visual, opulent and dark. A must-read.”