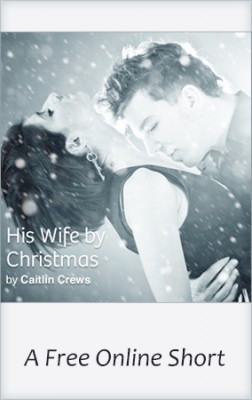 With memories of ‘gold digger’ still haunting her waking hours, Charlotte Park knows that before this Christmas, she must finally clear her name. And the only way to do so is come face to face with her husband—achingly gorgeous Ren Townsend once again.

It may have been three years, but the fire still burns as brightly between them. And Ren can’t take his eyes away from his wayward wife. Only they have unfinished business, and as the secrets of their marriage are unveiled Ren and Charlotte are given a chance to have just one more night…. 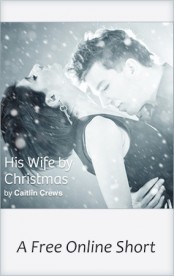 “Did you come to spit on your father’s grave, the way you always said you would?”

There was movement next to him to go along with that voice Ren Townsend still heard in his dreams, a rustle of dark clothes and that faint hint of coconut lotion he knew better than his own name, and he didn’t have to swing his head around to confirm what his senses told him.

That it was her. Charlotte Park. The only woman—hell, the only person—he’d ever loved.

Right up until the day she’d taken his despised father’s money and walked straight out of Ren’s life, the grasping, manipulative, lying gold-digger everyone—especially his father, who thought the entire world wanted a piece of Townsend Consulting, and with reason, it turned out—had warned him she was from the start.

“I was thinking more of a dance, actually,” Ren said. That wasn’t what he’d planned to say to Charlotte when he saw her again—and he’d planned how and when he’d see her again many, many times in the past three years. There were times it had consumed him whole. “He’d expect spitting.”

“I could certainly do with a dance,” Charlotte murmured, low and confiding, as if it had been only hours since she’d last seen him. As if she’d never taken his father’s payoff and divorced him. “No doubt we all could.”

No one was dancing outside the Townsend family crypt in the atmospherically foggy Yorkshire cemetery on this frigid morning two days before Christmas, but Ren imagined it was only a matter of time. He’d had to restrain himself from starting his own merry jig several times already, as the vicar droned on about the late and unlamented Malcolm Townsend as if the man Ren had had the misfortune to be related to had been anything but mean, cruel, and occasionally vicious, for sport.

Ren’s six stepmothers were lined up on the vicar’s other side, all of them wearing expensive black “mourning” clothes offset by near-identical expressions of satisfaction. That it was over. That Malcolm could haunt them and hurt them no longer. Marrying Malcolm, Ren knew only too well, was only slightly less horrible than having been “raised” by the man, with his savage approach to parenting.

And that was only because marriages could be ended, while bad fathers were forever—or in Ren’s case, thirty-seven very long years.

He was happy the old man was gone. So Ren couldn’t understand why there was something hollow behind his ribs, something dark.

And Charlotte’s presence only made it worse.

“He would have particularly hated the idea of you dancing on his grave,” Ren said. He couldn’t seem to help himself.

“That factored in my thinking.”

He turned to look down at her then, and it was worse than he expected. She was still so beautiful. Those dark-rimmed green eyes that had made him believe in magic. That glossy auburn hair, pulled back today into something severe and still too attractive. And that soft mouth of hers that lied so easily. She was his weakness in human form and he hated her for what she’d done to him.

Ren didn’t understand why he couldn’t summon that hate the way he should. “Why are you here?”

His voice was gritty and he didn’t understand the shadows in those wonderful eyes of hers, or the way she looked away from him and toward the crypt as if it hurt her. Or he did.

“Because,” she said, fierce and hot, surprising him with all that emotion in this cold and gloomy place, “I wanted to make absolutely certain he was gone.”