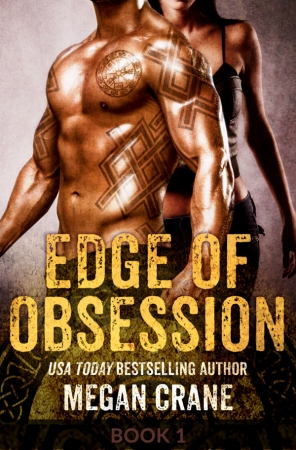 Book 1 of the Edge

Tyr, a powerful man in a ravaged world, needs only three things to survive:

But when a beautiful prisoner grabs his attention during a mission to restock his clan’s supplies, Tyr’s alpha instincts give way to something much darker–strong, unquenchable craving that cannot be ignored…or denied.

After two years on the run, Helena is snared by this powerful clan of hardware-wielding, tattooed, steel-eyed raider warriors who roam the land unchallenged. Strong to her core and with a mission of her own, Helena knows she doesn’t have to be their captive for long.

However, despite all the terrible things she’s heard about these brutal beasts, Helena is overcome by intense desire for the one ruthless man who has taken her. As their passion escalates, Helena will have to trust in Tyr in order to save both what’s left of this desolate, torn-up world…and herself.