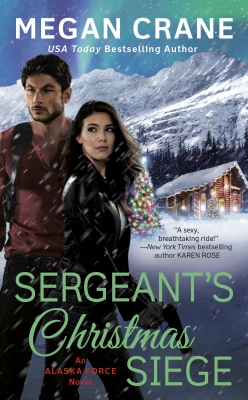 Templeton Cross made one mistake a long time ago that he has no intention of repeating.

But a certain Alaska State Trooper is a temptation he can’t resist.

Even if she’s doing her best to resist him.

Then again, he’s an ex-Army Ranger, ex-Delta Force, current Alaska Force kind of a guy. He basically lives for a challenge.

Likes: The world he feels called to save. His brothers in arms. His beloved Alaska Force. And Kate.

Dislikes: Bad guys. Especially those who come at his home, his friends he calls family, or the woman that could have been made just for him.