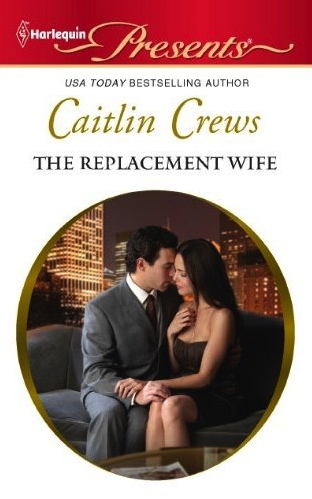 Part of the Whitney Heiresses Series

Becca Whitney has always lived with the knowledge that her blue-blooded family disowned her as a baby. So when she receives a summons to return to her family’s ancestral mansion, she’s intrigued

Theo Markou Garcia needs a wife—or at least someone who looks strikingly similar to his infamous fiancée — and Becca would be the perfect replacement.

The deal he proposes is for Becca to masquerade as the Whitney heiress in exchange for her own true fortune! But then she begins to fall for Theo… 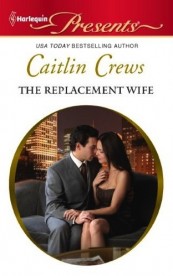 The house had not improved since she'd seen it last. It loomed over New York City's tony Fifth Avenue like a displeased society matron, all disapproving elegance and a style that dated to the excesses of the Gilded Age. Becca Whitney sat in the vast and chilly parlor, stuffed with priceless paintings and fussy, disturbingly detailed statuary, and tried to pretend she couldn't feel the way her two so-called relatives were glaring at her. As if her presence there, as the illegitimate daughter of their disinherited and long-disparaged late sister, polluted the very air.

Maybe it did, Becca thought. Maybe that was one reason the great hulking mansion felt like a soulless crypt.

The strained silence—that Becca refused to break, since she'd been called here this time and was thankfully no longer the supplicant—was broken suddenly, by the slight creaking sound of the ornate parlor door.

Thank God, Becca thought. She had to keep her hands tightly laced together in her lap, her teeth clenched in her jaw, to keep the bitter words she'd like to say from spilling out. Whatever this interruption was, it was a relief.

Until she looked up and saw the man who stepped inside the room. Something like warning, like anticipation, seemed to crackle over her skin, making it hum in reaction. Making her sit straighter in her chair.

"Is this the girl?" he asked, his voice a low, dark rumble, his tone brisk. Demanding.

Everything—power, focus, the strained air itself—shifted immediately. Away from the horrible aunt and uncle she'd never planned to see again and toward the man, dark and big and goose bump-raising, who moved as if he expected the world to shuffle and rearrange itself around him—and with the kind of confidence that suggested it usually did exactly that.

Becca felt her lips part slightly as their eyes met, across centuries of artifacts and the frowns of these terrible people who had tossed her mother out like so much trash twenty-six years ago. His were a rich, arresting color, an electric amber, and seared into her, making her blink. Making her wonder if she'd been scarred by the contact.

He was not particularly tall, not much over six feet, but he was…there. A force to be reckoned with, as if a live wire burned in him, and from him. He wore the same kind of clothes they all wore in this hermetically sealed world of wealth and privilege—expensive. Yet unlike her fussy relatives, in their suits and scarves and ostentatious accessories, everything about this man was stripped down. Lean. Powerful. Impressive. A charcoal-gray sweater that clung to his perfectly shaped torso, and dark trousers that outlined the strength of his thighs and his narrow hips. He looked elegant and elemental all at once.

He gazed at her, his head cocking slightly to one side as he considered her, and Becca knew two things with every cell in her body. The first was that he was dangerous in a way she could not quite grasp—though she could see the fierce intelligence in him, coupled with a certain ruthless intensity. And the second was that she had to get away from him. Now. Her stomach cramped and her heart pounded. Something about him just…spooked her.

"You see it, then," Becca's pompous uncle Bradford said in the same patronizing tone he'd used when he'd thrown Becca out of this very same house six months ago. In the very same tone he'd used to tell her that she and her sister Emily were mistakes. Embarrassments. Certainly not Whitneys. "The resemblance."

"It is uncanny." The man's remarkable, disconcerting eyes narrowed, focused entirely on Becca even as he spoke to her uncle. "I thought you exaggerated."

Becca stared back at him. Something was alive, hot, in the air between them. She felt her mouth dry, her palms twitch. Panic, she thought. It was only panic, and perfectly reasonable! She wanted to leap to her feet and run out into the streets, far away from this overwrought place and the scene unfolding around her that she no longer wanted to understand—but she couldn't seem to move. It was the way he looked at her. The command in it, perhaps. The heat. It kept her still. Obedient.

"I still don't know why I'm here," Becca said, forcing herself to speak. To do something other than mutely obey. She turned and looked at Bradford, and her mother's pursed-mouthed sister, the censorious Helen. "After the way you threw me out the last time—"

"This has nothing to do with that," her uncle—a technical title at best, in Becca's opinion—sniffed impatiently. "This is important."

"So is my sister's education," Becca replied, a snap in her voice. She was too aware of the other man, like a dark shadow in her peripheral vision. She could feel the way his eyes ate her up, consumed her. It made her lungs feel tight in her chest. It made her body... ache.

"For God's sake, Bradford," Helen murmured to her brother, twisting the elegant rings on her fingers. "What can you be thinking? Look at this creature. Listen to her! Who would ever believe that she was one of us?"

"She has about as much interest in being 'one of you' as she does in walking back home to Boston naked, over a sea of broken glass," Becca retorted, but then reminded herself to focus on the reason she'd come back here, the reason she'd subjected herself to this. "All I want from you people is what I've always wanted from you. Help with my sister's education. I still don't see how that's too much to ask."

She waved a hand at the immense and obvious wealth all around them, from the thick, soft rugs beneath their feet to the paintings all over the walls, to the graceful ceilings above them, bursting with exquisite chandeliers. To say nothing of the fact that this was a family-owned mansion that took up a full city block in the middle of New York City. Becca did not have to know anything about Manhattan real estate to understand that the family who didn't want to claim her could certainly afford to do so, if they wished, without noticing the difference.

Not that it was Becca who needed them to claim her. It was her seventeen-year-old sister, Emily. Bright, smart, destined-for-great-things Emily, who deserved more than the kind of life Becca could fashion for her on a paralegal's salary. Only Emily's need could ever have inspired Becca to seek out these people and prostate herself before them in the first place. Only Emily's best interests could ever have compelled her to respond to this latest summons after Bradford had called her mother a whore and had Becca removed from these very premises half a year ago. Just as it was only thoughts of the tuition money Emily still desperately needed, now that Becca's savings were depleted, that kept her from making a rude gesture at Bradford as he scowled at her now.

That and the fact she'd made her mother a promise on her deathbed: that she would do whatever she had to do to protect Emily from suffering. Anything at all. And how could she break that promise when her mother had given up this whole, glittering world for Becca years ago?

"Stand up," came the silky demand from beside her—much closer than it should have been. Becca jumped slightly in her seat, and then hated herself for showing that much weakness. Somehow, she knew it would count against her. She turned, and the devil himself was standing too close to her, still looking at her in that disturbing way.

What was it about this man that got under her skin like this? So quickly? So completely? When she didn't even know his name?

This close, she could see that, while he could never be called handsome, precisely, the way his features came together—so dark and brooding, with that olive skin and his piercing eyes—made him distractingly compelling in a purely, breathtakingly masculine way. It was as if the very fact of his full lips made something in her want to revel in her own femininity, like a cat in a sunbeam.

Where had that thought come from?

"Stand up," he said again, with that note of command ringing in his voice, and she found she was moving without meaning to do so. Drifting up and on to her feet like a marionette in his control. Becca was horrified at herself. It was as if he'd hypnotized her—as if those eyes of his were a snake charmer's, and she was helpless to do anything but dance for his pleasure.

On her feet, she found he was taller than she'd thought, forcing her to tilt her head back slightly to meet his gaze—which she did, even though the wild beat of her pulse wanted her to break and run, to escape, to get far away from him.

"This is fascinating," he murmured. His lean, intriguing face was closer now, and she had the sense of the great control he practiced, the power he kept to himself, the hum and the kick of it, as if he operated on a different frequency than the rest of the world. "Turn."

"I would love nothing more than to obey your every command," she managed to say, shocked at the sudden swell of carnal need that washed through her, and fighting to shove it behind her carefully cultivated tough exterior. "But I don't even know who you are, or what you want, or why you think you have the right to command anyone in the first place." 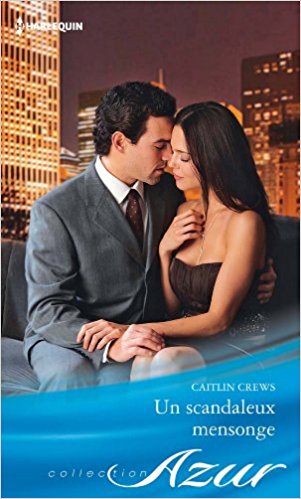 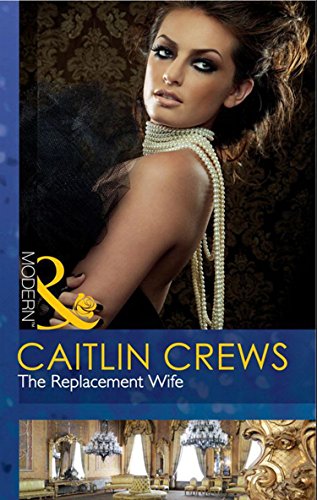 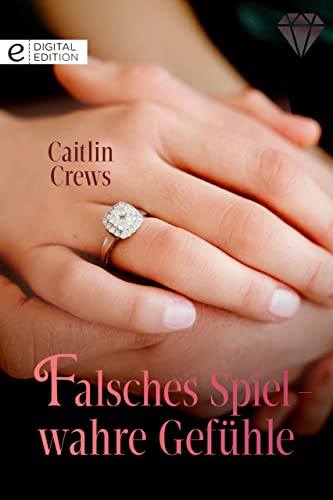 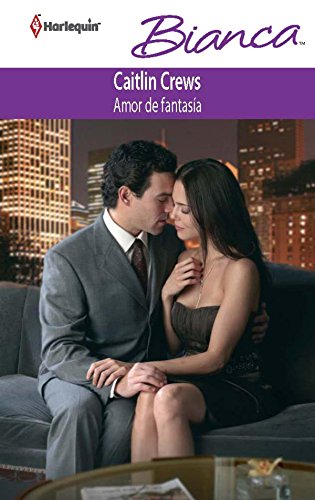 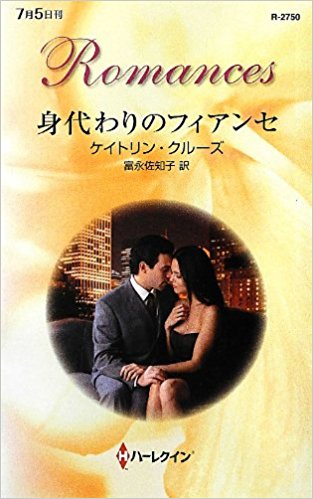