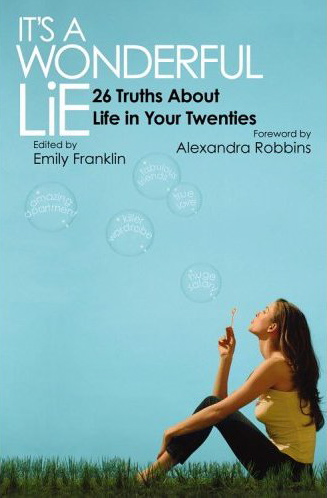 In this original collection, critically acclaimed female writers pull back the curtain on being twenty-something.

Entertaining and enlightening, this anthology speaks honestly about that unique time in life when expectations are not always realized, yet surprises are plentiful and thrilling.

Featuring the essay “Plan B” by Megan Crane. 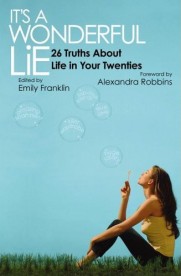 When I graduated from college, I was vastly unprepared to deal with the Real World.

I don't mean that in a vague, metaphoric way.  I mean that I was totally clueless.  Not only did I not know how to balance a checkbook, I wasn't entirely sure how to go about writing a check.  I don't think I had checks, or even a bank account, come to think of it.  I spent four years in college without once doing laundry on campus, preferring to wait until I could drag mountains of dirty clothes home to my unamused mother.  (Those were the grunge years, luckily for me.  It was fashionable to wear the same flannel shirt for months.  Or so I kept telling myself.)  The only job I'd ever held was as a decidedly bad camp counselor, the sort who let the kids do the kinds of things for which parents these days go to court.  All I knew about the Real World was that everyone talked about it the way they'd talked about menstruation back when they separated the girls and the boys in elementary school and forced us to look at "sanitary napkins": something unpleasant as well as unavoidable, that for some reason made people already experiencing it lofty and smug.

I wasn't overly concerned about my cluelessness at first, because I'd drunk deep of the Kool-Aid at my fancy college.  I had been "taught how to think," the commencement speaker, herself a graduate, thundered as I sat in the sun with my mortar board clamped to my head, wondering whether I was supposed to feel different.

I had a lot of time to think about differences in my first months of Employment in the Real World.  Mostly, I thought about the difference between working hard in school, which had always seemed to involve a lot of time for sleeping, and working hard out of school, which seemed to involve work and very early mornings.  There wasn't enough coffee in the world to make waking up before dawn okay.

The Real World, I thought almost daily on my pre-dawn commute, just wasn't much fun.

It's a Wonderful Lie: 26 Truths About Life in Your Twenties 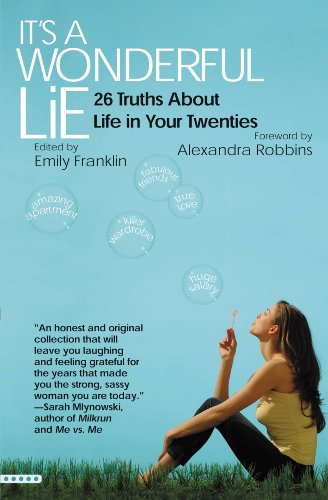 This collection is brilliant.