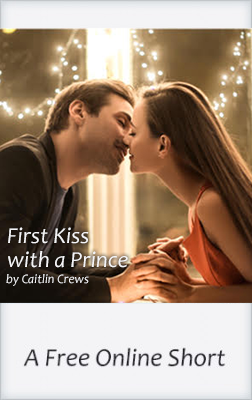 When Evelyn Massey dutifully attends a luxurious party, she has no idea that the seductively handsome stranger she meets is going to change her life forever, one delicious kiss at a time! 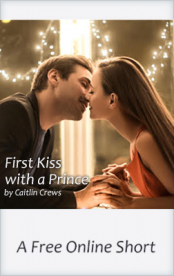 Evelyn Massey lunged for the lift in the overly posh lobby with its overtly intense security measures that had made her even later than she’d already been—and frazzled to boot.

She caught the closing doors, flinging herself inside and nearly colliding with the person already there.

A man, she realized in the next instant.

A remarkably good-looking man, tall and dark-haired, who caught her against him with an athletic ease. She noticed too many things about him then, all at once. His eyes were the color of whiskey and made her feel intoxicated just by gazing at them. His hands were big and held her upright with a kind of grace. His jaw was strong and square, and reminded her of something…

But then he spoke, his voice low and rich. "Are you all right?"

“Yes, thank you." Her voice was embarrassingly breathy. And she knew she should step back, step away from this man's grip. She made no move. "I'm lucky you were here."

"You caught the lift. I caught you."

His gaze was so bright she could feel it. And Evelyn had no idea why he made her smile, ear to ear.

“It's fashionable if you mean to be late. And then are prepared to make some sort of dramatic, theatrical entrance. I’d prefer no one paid any attention to me at all.”

The man dropped his hands then. Which struck Evelyn as an outsize loss.

“I'm the pity invite," she told him, leaning in a little closer and grinning at him as if they were friends. As if that brightness between them was a kind of intimacy. "The host is a very fancy sort with nothing but snooty, aristocratic friends. But our mothers grew up together, you see, so here I am. It’s my annual appearance to satisfy our families."

"Are you opposed to aristocrats in general?" His smile on his perfectly formed mouth was distracting. Evelyn had forced herself to find his gaze again. "Or these particular aristocrats?”

"I’m sure they’re all lovely," Evelyn lied, laughing a little when his brows rose, as if he knew she had no use for any of them. "It’s just they have nothing in common with someone like me, who actually has to work for a living."

“What do you do?" He stood back so he could lean against the wall of the lift, those whiskey-colored eyes intense. And she thought she would tell him anything. Anything at all.

"I'm a primary school teacher. And I shouldn't call it work, because I love it.”

"That’s the best kind of work. When you love it enough, you would do it for free.”

His gaze was shrewd then. Almost as if he was looking for something…

“I'm second in line in the family business,” he said, his mouth curving again. “It's a rather old company, quite set in its ways. But I love it. It gives me the opportunity to do real good.”

Evelyn reached out, though she shouldn't have. She should have kept her hands to herself, surely. But there was something in the air between them. Something that kept her smiling though her cheeks ached. Something that made her heart beat too fast in her chest, even as it felt two or three times its natural size.

It was electric. A wild crackling that she could feel surge through every part of her—though she didn't pull away. And she could have sworn that she saw the echo of that same heat in his eyes.

"I think the point of life is to help other people. Don't you?"