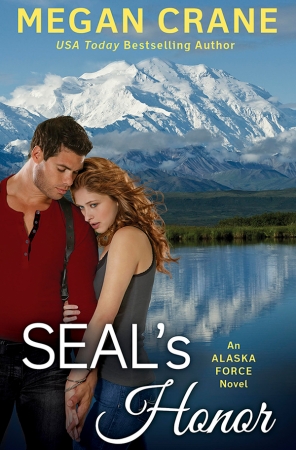 Part of the Alaska Force

The last thing Blue Hendricks needs six months into his uneasy reentry into civilian life is trouble in the form of his old friend’s kid sister, all grown up and smack in the middle of a dangerous murder investigation. But he didn’t become a SEAL to turn his back on the hard stuff, and he can’t bring himself to ignore Everly’s call for help – no matter how much he knows he’s not fit to be around the soft, vibrant woman she’s become. Not after the things he’s done.

Everly Campbell is desperate. When her roommate is murdered and the body vanishes, Everly fears she might be next. With no one to believe her, Everly runs to a remote Alaskan town to find a man she only vaguely remembers and his crew of ex-military brothers who could be her only hope. Blue wants to keep things all business but Everly isn’t a little girl anymore and the commanding former SEAL is more temptation than she can resist. As the men on Everly’s trail draw closer, Blue will do anything to protect the woman he’s starting to think of as his…