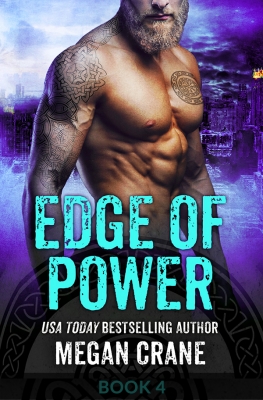 Story Told: Edge of Power
Book 4 in the Edge Series

The king of the raiders, a position he took by force when he was eighteen and has held ever since, despite the best attempts of many a would-be attacker. Please. Does not suffer fools, though it amuses him to pretend he might. Blood brother to Gunnar, half-brother to Eiryn, and feared throughout the drowned world, which is as it should be. All Wulf wants is to take down his worst enemy and protect his clan. Everything else is secondary. Including a pretty little princess he shouldn’t want to save.

Dislikes: Other kings and assorted fools who think they can mess with him.