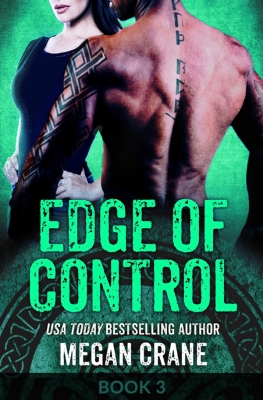 Story Told: Edge of Control
Book 3 in the Edge Series

The clan’s best tracker and something of a spymaster, Riordan is a highly-regarded member of the elite brotherhood. He takes his position seriously, because he knows who and what he gave up to get there.

He’d do anything for his clan, and has.

He thought the hardest thing was giving up his friend and king’s little sister ten years ago, but that was a cakewalk. Going on an undercover mission with Eiryn all these years later, when she’s all grown up and a deadly member of the brotherhood in her own right who could fillet him at will? That’s going to be a whole lot harder. And this time, when it comes time to choose between his king and his heart, he might not make the same decision…

Dislikes: Too much dwelling on the past because who cares? He's fine.