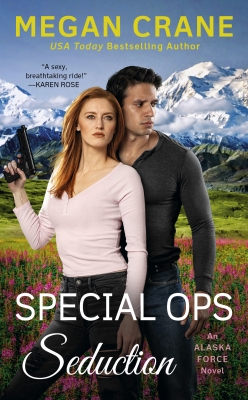 Bethan had no intention of ever getting silly about a guy on the job.

Because the guys on her jobs might be Captain America types, but too many women before her have gone down that route, and she prides herself on being different. And better in any way she can be, because that’s the bare minimum expected of women in combat positions. Even outside the service.

She didn’t know that Jonas Crow would be in Alaska Force when she joined. And his notable aversion to her, thanks to that one operation no one talks about back when she was in the Army, is his problem.

Until a mission throws them together and worse, makes it impossible to ignore the passion that’s been simmering between them all this time…

Forcing Bethan to consider the possibility that some messes might just be worth it after all.

Dislikes: That the man who so openly hates her is so hot...

Military Specialty: One of the few female graduates of Army Ranger School