This book is free on the Harlequin site! Follow the link below to start reading! 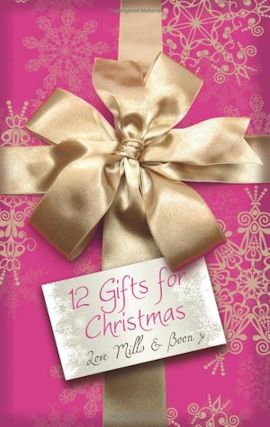 Part of the Qaderis Series

Lucy Qaderi married her husband because she loved him.

But he no longer believes any of that. So Lucy summons Rafi to his family’s palace in Alakkul to tell him once and for all that she’s leaving him…only to have a winter storm trap them together, testing Lucy’s resolve and proving one thing is very much alive in their relationship—their passion for each other.

That passion brought them together once. But after all the pain and guilt and accusations, is it enough to keep them together?

Spend the 12 nights of Christmas with some seriously sexy men! 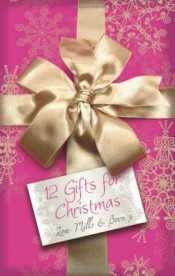 “I’m leaving you.” Lucy Qaderi forced the words out before she could talk herself out of saying them. Even if she had not yet dared to turn around and say them to his face.

She’d known the moment he’d stepped into this opulent bedroom suite they had once shared, high up in the mountains over the tiny Eurasian country of Alakkul. His country. She would know him anywhere, this brooding, ruthless man. Rafi Qaderi. The leader of his ancient family, responsible for maintaining the Qaderis’ many international interests and vast wealth while his celebrated cousin prepared to take over the throne of Alakkul from the ailing King Azat. He was a financial wizard, a shrewd businessman. Noble and proud. Her husband.

“Thank you, Lucy.” His tone was dark, sardonic, with that undercurrent of patience sorely tried. She should hate him. She did. And yet that voice moved over her like heat, making her feel itchy, making her chest feel tight. “I was able to gather as much from your packed luggage in the front hall.”

Lucy stared out the window. Fiercely. The great Alakkulian valley was like something out of a fairy tale for a girl who’d grown up with nearly nothing in a small village near Manchester. The crystal blue mountain lakes shimmered with ice, the bright fields were piled high with the latest December snowfall, and far, far below was the rush and clatter of the ancient capital city, bristling with white-capped heights as it stretched out from the foot of the royal palace.

The Qaderis, Lucy thought, preferred to look down on the country they’d helped guide and rule for so many centuries from the remove of this house that was very near a fortress so high above it all. Just as Rafi looked down on her, and always had. She was a fool.

“Am I to discern secret messages from the way you present your back to me?” His tone was like a lash, rich and bitter, and she stiffened against it. “Or is it your silence that I should pay attention to this time?”

Hateful man. Lucy gathered her shaky courage as best she could, and turned to face him.

Seeing him was like a blow. Hard, hot. Straight to her midsection.

Rafi lounged in the doorway, his mocking grey eyes trained on her, the expression on his implacable face grim. She was shocked anew by the power that emanated from him, like an electrical current. It made her shiver in helpless reaction. It made him seem much bigger, much broader and taller, than he already was—dressed impeccably in a dark suit that clung to his lean, powerful body. He was like some lethal angel, she thought wildly, all that ink-black hair and harsh black brows drawn low over his stormy eyes. Her traitorous heart stuttered in her chest. She bit at her lower lip.

“Where exactly will you go?” His voice seemed to caress her even as it taunted her, moving over her like silk. She shifted on her feet, and wished he did not have the power to do this to her—to make her fidget like an errant child.

“Do you care?” she threw back at him. But she already knew the answer.

“I am an extraordinarily busy man,” he said, his voice harder. Darker. His grey eyes connected with hers. She caught her breath. “I do not have time to dance attendance on you, simply because you are having another one of your little attention-seeking fits. My aide told me this was an emergency.”

“Your aide tells you whatever he thinks you wish to hear,” Lucy said, unable to keep the bitterness from her voice. She thought of all the calls blocked, of Safir’s snide and smug tone, of all the messages she suspected had never been delivered at all. But Rafi would hear no word against him, and certainly not from the likes of her. “He is an excellent gatekeeper, and no doubt keeps you adequately protected from anything you might not like. You chose him well.”

“I appreciate the vote of confidence in my business decisions.” His voice was sardonic. Cool. It made her throat ache with tears she would not shed, words she dared not say. “But I still don’t see anything that I would classify as an emergency.”

He moved into the room, and Lucy regretted, suddenly, that she was already standing with her back to the wall of windows. There was nowhere else to go. She swallowed, and felt her pulse race, as if she were nothing more than prey. He stalked toward her, dangerous and male, and Lucy could do nothing but watch him, and pretend she didn’t wish for all the things she could never have. That she knew she shouldn’t even want. Not with him.

“That depends on your definition of an emergency,” she managed to say, as he drew close and loomed over her, making heat bloom in her cheeks, and in other, secret places. “It is Christmas, after all. And your wife is leaving you. Some men might consider that an emergency.”

“I don’t see a head wound,” he said, his voice that same sardonic lash, his eyes flicking over her, cold and cruel. “No trauma of any kind. You appear to be in perfect health, Lucy. As ever. And for this I raced home from Berlin.”

For a moment she couldn’t speak. His fingers rose, almost brushing against the skin of her cheek, making her want to weep. It had been so long since he’d touched her. It had been so long. But she couldn’t let herself think about that. About the sweet madness of his kiss, his touch. Of the incandescent heights she had never dared dream of, before this man had taken her there.

He dropped his hand. She told herself he had no doubt meant to check for a fever.

“I’m surprised you could find this place at all,” she managed to say, calling on some deep well of determination, of courage, she hadn’t known she possessed. That he had forced her to find. “You haven’t been here in so long, I had begun to imagine you’d forgotten about it entirely.”

“I see your flair for the melodramatic is with you still,” he said evenly, his gaze hard on hers. “What do you really want, Lucy? What is the purpose of all this theater?”

“I told you,” she snapped at him. “I’m leaving you, Rafi. And unlike you, I am not doing it the cowardly way—by inference. I’m not making sure to be ‘away on business’ for the better part of three months. I’m not going to make you sit and wonder what it means when I disappear, or take exactly one phone call from you and then be unavailable ever after. I’m telling you to your face. Right now.”

His dark eyes moved over her face, and his mouth twisted.

“Did you just call me a coward, Lucy?” he asked, his voice deceptively light, as his jaw knotted—warning signs she knew she should heed. “Did I hear that correctly? Shall I share with you my thoughts regarding pots versus kettles?”

“I am your wife, Rafi,” she hurled at him. “And yet you haven’t set foot in this house in months. You refuse my calls. Your horrible aide speaks to me as if I’m part fractious child and part evil, scheming witch.”

“Is this your rendition of the neglected, sorely-abused wife?” Rafi interrupted coldly, his brows raised. “The performance needs work. And an audience unaware of the truth.”

“I’m not like you!” Lucy threw at him, unable to control herself, to keep all of her misery at bay. Not when she could feel the heat of him—see the light at the back of those mysterious, impossible eyes. “I can’t pretend!”

Rafi let out something like a laugh, hollow and frozen.

“On the contrary,” he said, shaking his head slightly, his gaze trained on her face—making her feel so small, so alone. “All you do is pretend.”

“I’m not the liar you like to tell yourself I am, Rafi!” she hissed at him. “I never have been!”

He was too close, then. His eyes like fire, his mouth a grim, condemning line.

“I know every lie you’ve ever told, Lucy,” he said. “And most of them to me. You should just count yourself lucky that I have a particular weakness for the lie of your body.”