This is the 4th book in the Harlequin Santina Crown continuity! 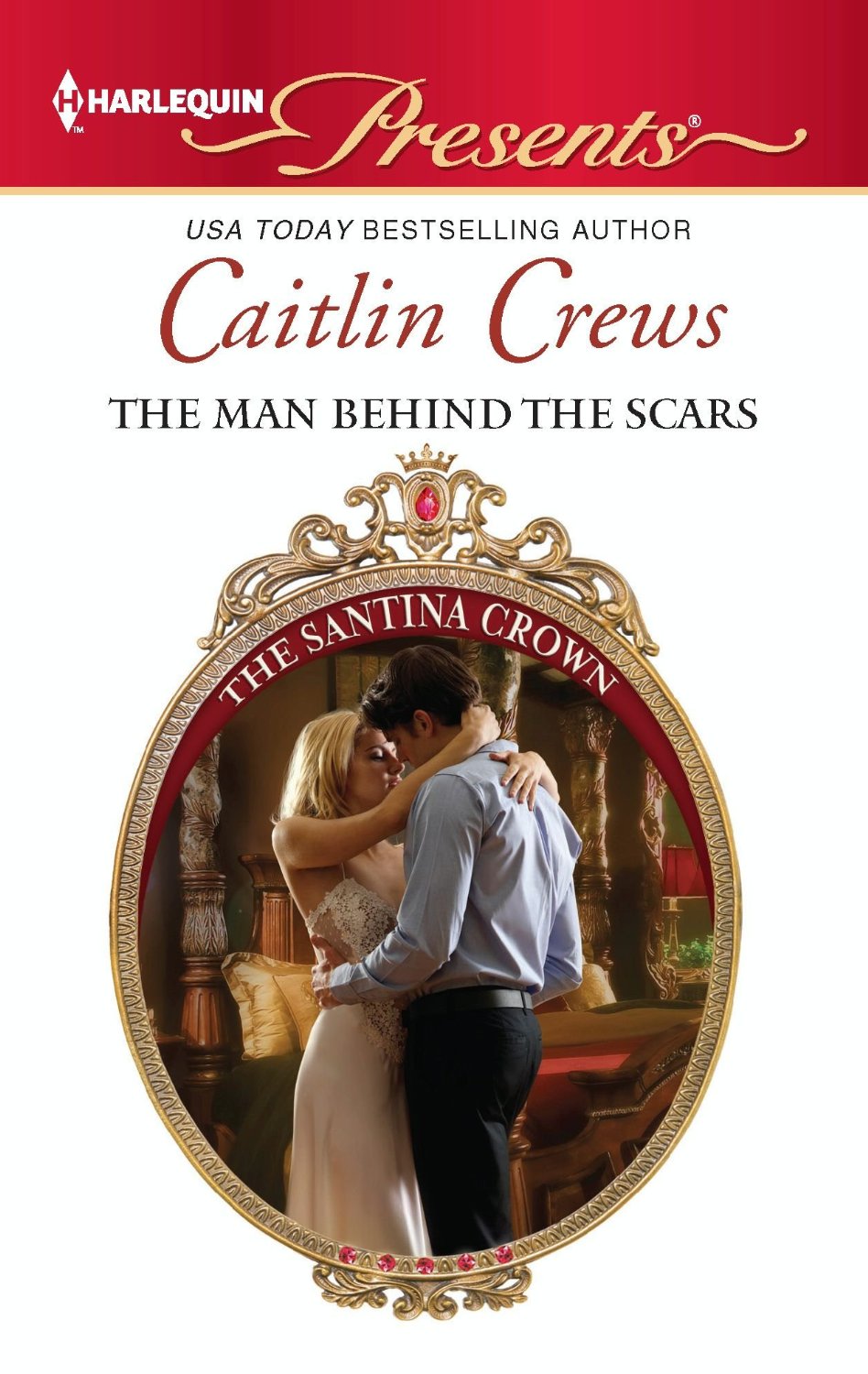 Rafe McFarland, 8th Earl of Pembroke—and 21st century heartthrob—has secretly wed ex-model and tabloid darling Angel Tilson! Angel’s long been believed to be in financial difficulty, prompting feverish speculation that her marriage to the tortured billionaire is one of the strictest convenience…

Bearing terrible scars from his time in the military, Rafe rarely leaves his remote Scottish estate. And with the terms of this deal negotiated, possibly behind tightly closed bedroom doors, is Rafe demanding repayment—in kind—from his new wife…? 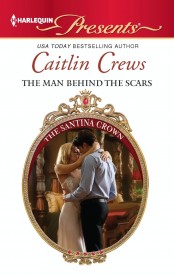 "You appear to be lost," he said, in a low, stirring sort of voice, for all that it was noticeably unfriendly. Or anyway, as remote as his gaze. As uninviting. Luckily, Angel was not easily fazed. "The party is behind you."

His voice seemed to curl into her, around her, like the touch of a hard, callused hand. It was also very, very posh. Angel smiled, and then tilted her head slightly to one side, considering him. If possible, his dark eyes grew even colder than before, the line of his mouth grimmer.

She knew then, with a sudden flash of something too like foreboding for her peace of mind, that nothing about this man would ever be easy, whether he was target—a candidate for this game of hers—or no. And more, perhaps even more importantly, that a man like this was unlikely to be impressed with a woman like her. But she shook that off almost as soon as she thought it. It was the challenge of it, she decided in that moment. She wasn't one to back down. She preferred to jump in feet first, and sort it all out later. She might have cooked up this make-your-own-fairy-tale plan in a wild panic on her flight across Europe, but that didn't mean it wasn't a good one. There was surely no point in changing her plan or even her wicked ways now. No point in false advertising, either. She was who she was, take it or leave it.

Most left it, of course, or ran up exorbitant debt in her name, but she told herself she was better for the things she'd lived through. Stronger, anyway. Tougher.

She didn't know why she suspected that with this man, she'd have to be. Or why that suspicion didn't send her running for the pretty green hills she'd seen as her plane came in to land on this magical little island.

"What happened to your face?" she asked, simple and direct, and waited to see what he'd do.

Rafe McFarland, who loathed the fact that he was currently dressed in fine and uncomfortable clothes for the express purpose of trumpeting his eminence as the 8th Earl of Pembroke to all of his royal Santina cousins, as duty demanded, stared at the woman before him in the closest he'd come to shock in a long, long time.

He could not have heard her correctly.

But her perfectly arched eyebrows rose inquiringly over her sky-blue eyes, making her remarkably pretty face seem clever, and she regarded him with the kind of amused patience that suggested that he had, in fact, heard her perfectly.

Rafe was well-used to women like this one catching sight of him from afar and heading toward him with that swing in their hips and that purpose in their eyes. He knew exactly how irresistible he'd once been to women—he had only to look at the remnants of what he'd once taken for granted in the mirror. He knew the whole, sad dance by heart. They advanced on him, delicious curves poured into dresses like the one this woman wore, that made her body look like a fantasy come to life—until he showed them the whole of his face.

Which he always did. Deliberately. Even cruelly.

It was, he knew all too well, a face that no one could bear to look at for long, least of all himself. It was the face of a monster all dressed up in a five thousand pound bespoke Italian suit, and Rafe lived with the bitter knowledge that the scars were not the half of it—not compared to the monster within. He took his terrible face out into public less and less these days, because he found the dance more and more difficult to bear with anything approaching equanimity. It always ended the same way. The more polite ones abruptly fixed their attention to a point just beyond him and walked on by, never sparing him another glance. The less polite gasped in horror as if they'd seen the very devil himself and then turned back around in a hurry. He had seen it all a hundred times. He couldn't even say the specific reactions bothered him anymore. He told himself they were, at the very least, honest. The sad truth was that he was grateful, on some level, for the scars that so helpfully advertised how deeply unsuited he was to human interaction of any kind. Better they should all be warned off in advance.

"No one ever asks me that," he heard himself say, almost as if he was used to conversations with strangers. Or anyone he did not employ. "Certainly not directly. It is the elephant in the room. Or perhaps the Elephant Man in the room, to be more precise."

If possible, she looked even more closely at his scars, tracing the sweep of them with her bright blue gaze. Rafe hardly looked at them himself any more, except to note that they remained right where he'd last seen them, no longer red and furious, perhaps, but certainly nothing like unnoticeable, either. They did not blend. They did not, as a wildly optimistic plastic surgeon had once suggested they might, fade. Not enough to matter. And anyway, he preferred them to stay right where they were. There was less possibility of confusion if he wore the truth about himself right there on his face. He didn't know how he felt about this strange woman looking so intently at them, really looking at them, but he didn't do anything to stop her, and eventually her clever eyes moved back to his.

A kind of thunderclap reverberated through him. It took a moment to realize it was pure desire, punching into gut.

"It's only a bit of scarring," she replied, that same smile on her mouth, her tone light. Airy. Teasing him, he realized in some kind of amazement. She was actually teasing him. "You're hardly the Phantom of the Opera, are you?" 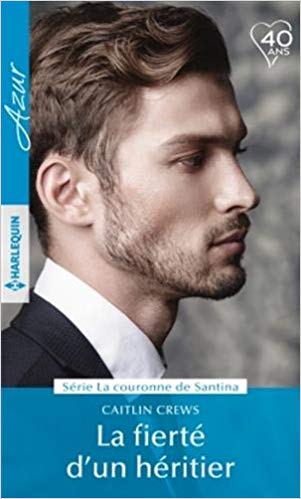 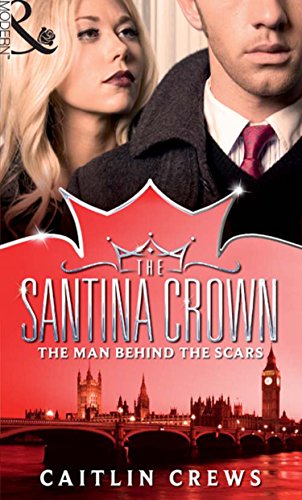 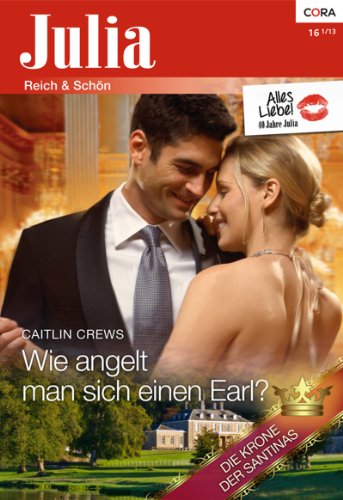 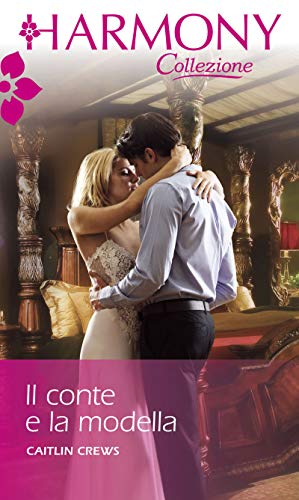 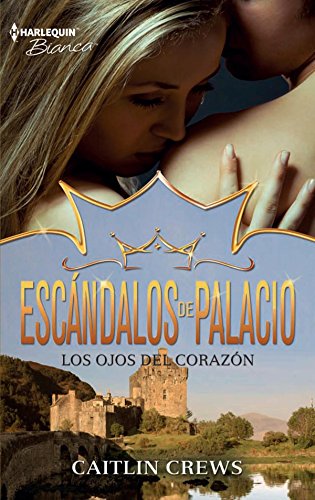 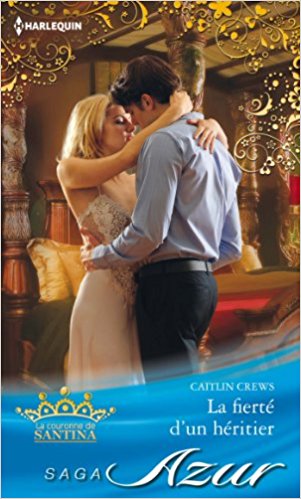 4.5 Stars! “Set against the picturesque backdrop of Scotland’s remote Highlands, Crews’s modern-day Beauty and the Beast story comes alive with a hero and heroine who are both so much more than they seem.”