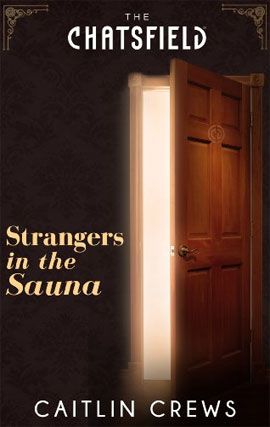 Part of the Tsoukatos Brothers Series

Jenny Harding is left stranded in London’s most opulent hotel in nothing but her underwear. Sneaking down to the sauna to “borrow” a shirt, she encounters gorgeous stranger Brax Tsoukatos, and the temptation to live dangerously for one wild night is outrageously irresistible…! 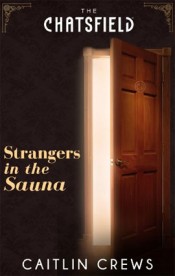 Brax Tsoukatos leaned back in the sauna and let the steam ease the jet lag from his tired bones.

He hardly knew what time zone he was in. He’d been in Melbourne, Vancouver, and New York in the past three weeks for his work in the family shipping business, and only the particular luxuriousness of his surroundings made it clear that he’d made it back to London and his favorite hotel.

He was just settling into the heat when he heard the door open. He didn’t know what made him glance over, but he was feeling so pleasantly lazy he barely opened his eyes to do it. He saw a flash of a deep, enticing magenta encasing a pair of perfect breasts through the steam, and then the sauna door slid shut.

Possibly, probably, he was hallucinating.

He’d been determined to prove himself on this trip, which meant he’d spent all of his time working and none of it relaxing. His older brother Theo got to laze about and do as he liked because he was the heir to the company, but Brax didn’t have that luxury. He had to prove himself. There’d been no partying of any kind and no women at all in these past weeks, which was unlike him. Maybe that was why he got up and moved over to the door, easing it open in time to see a woman with a glossy fall of long, dark hair that cascaded over her shoulders and did things to his balance buttoning up his shirt over her otherwise naked body.

The body did other things to his balance. And to the more insistent parts of his anatomy.

She smoothed her hands over the front of the shirt as if she was wishing it covered more of her, and then she marched toward the door of the spa without a single backward glance.

She was stealing his shirt.

For a moment Brax only stared, still not convinced he wasn’t simply imagining this. He had the impression of her curves—and the memory of those luscious breasts pressing against cups of deep magenta and a touch of lace—and there was that bottom of hers that switched back and forth as she walked in a manner that made him want to howl at the night sky. His shirt was much too big for her, hanging halfway down her lovely thighs and showing off the rest of her long and exquisitely-formed legs.

And, because he had obviously done something right with his life though he hadn’t realized how right until this moment, she was wearing a deliciously high pair of heels in a scandalous shade of red.

He was so mesmerized by this picture that he almost let her walk right off with a bespoke shirt and what remained of his sanity.

“I think you’re heading in the wrong direction,” he said when her hand was on the door handle that would lead her out into the rest of the hotel, and she jumped.

Actually jumped at least a centimeter in the air and then whirled around, and Brax felt knocked in the head. Hard. Everything contracted, then focused, hot and tight.

She was so pretty. There was a blush high on her cheekbones and her eyes were a shade lighter than her hair and he was glad he had a towel wrapped around him so she couldn’t see his most unmanageable parts.

And he discovered he was suddenly wide awake. Alert, even. Like she was the good, rich Greek coffee his father made every morning of his life without fail.

“Excuse me?” Her voice was high-pitched from panic, he thought, and American besides. Brax thought he could lose himself in her mouth, wide and full and much too tempting.

“Usually when women wrap themselves in my shirt, they walk toward me,” he said. “Not away. You appear to be headed in the wrong direction.”

She scowled at him, which was notable as that was not an expression beautiful women generally made when they encountered him. He couldn’t have said why he found that intriguing. Or why he felt a kind of gladness wash through him when she advanced on him, a grim look on that mouth of hers and murder in her eyes.

“I am famously irritating,” Brax agreed, finding that he was amused by her when really, he should have been ringing security, “but that is usually something people discover after they meet me, not before.”

“Your type,” she clarified, those fantastic heels loud on the floor of the sauna antechamber. “All of you. Flinging yourselves in and out of any woman who happens by. Lying and cheating and for what? It’s just sex. Is it really worth all the pain it causes?”

Brax caught a glimpse of that dark pink bra and the slope of her breast through the open space in his shirt, and lust slammed into him, hard and demanding. It really has been a long time, he thought. And he was deeply, surpassingly certain that sex would indeed be worth it, though he didn’t imagine that was the answer she was looking for.

“You’re peering down my shirt right now, aren’t you?” she asked, sounding furious and disgusted.

“My shirt,” he corrected mildly enough, though he could hear that Tsoukatos steel creep into his voice anyway, because he truly was his ruthless father’s son and was as wholly unaccustomed to such challenges. Who would dare? Brax smiled. “If you’d like me to stop staring at it, you can always give it back.”

Print order links
not yet available 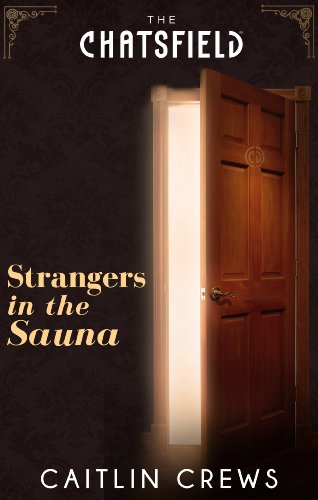 Love the unique writing style and it had me hooked!