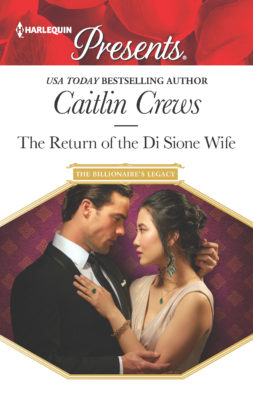 “I’ll have the earrings now. Or are there more hoops to jump through?”

Dario Di Sione should be feeling triumphant – he’s about to fulfill his grandfather’s wish and retrieve the precious earrings, but all he feels is fury. The beautiful lawyer handling the sale is the woman who betrayed him six years ago… his wife!

Discovering Anais has kept their child a secret makes Dario determined to be the father he never had. But Anais’s return to his side casts a new light on past events, and now it’s not just the child he wants to claim!

Book 3 of The Billionaire’s Legacy 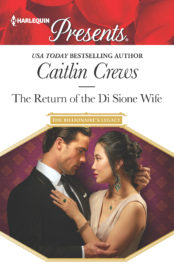 He heard a step on the stones behind him and turned, itching to get to the actual point of this absurd journey so he could get back to New York as quickly as possible. He wasn’t a hobbit en route to Mt. Doom, and no matter if that mountain above him was actually the side of a dormant volcanic crater. He was a very busy man who didn’t have time to waste gazing at the view on the back end of the world—

But then Dario froze.

For a stunned moment he thought he was imagining her.

Because it couldn’t be her.

Inky black hair that fell straight to her shoulders, as sleekly perfect as he remembered it. That lithe body, unmistakably gorgeous in the chic black maxi dress she wore that nodded to the tropical climate as it poured all the way down her long, long legs to scrape the ground. And her face. Her face. That perfect oval with her dark eyes tipped up in the corners, her elegant cheekbones, and that lush mouth of hers that still had the power to make his whole body tense in uncontrolled, unreasonable, unacceptable reaction.

He stared. He was a grown man, a powerful man by any measure, and he simply stood there and stared—as if she was as much a ghost as that damned Hawaiian wind that was still toying with him. As if she might blow away as easily.

His treacherous, betraying, cheat of a wife, who he’d never planned to lay eyes on again in this lifetime. And who he’d never quite gotten around to divorcing, either, because he’d liked the idea that she had to stay shackled to the man she’d betrayed so hideously six years ago, like he was an albatross wrapped tight around her slim, elegant neck.

Here, now, with her standing right there in front of him like a slap straight from his memory, that seemed less like an unforgivable oversight. And a whole lot more like a terrible mistake.

Anais Kiyoko had been dreading this moment for six years.

Dreading it, dreaming it. Same difference.

And still, nothing could have prepared her for this. For him. For Dario, her Dario, in the flesh.

Nothing ever had. She’d never seen him coming. Not when she’d met him on an otherwise ordinary winter afternoon, not when he’d turned into a stranger in the middle of their marriage, accused her of the worst betrayal, and then left her. Never. Today, Anais thought, she’d take control. She wouldn’t be blindsided by him again.

She just needed to recover from the sucker-punch of seeing him again first. She’d assumed she never would.

“What the hell are you doing here?” he growled at her.

That same voice, rich and low, that kicked at her, leaving a shower of sparks behind. It was definitely him. She’d expected him, of course, but some part of her hadn’t thought he’d really show after all these years. After the way he’d left things. After all this cruel, deliberate silence.

But it was him. It was really, truly him.

Dario stood there before her on Mr. Fuginawa’s lanai, the rolling green pastures of the remote Kaupo district’s countryside behind him, the ocean a bright blue far below, like something straight out of her fantasies. And despite her many fervent prayers over the years, time had not smacked him down the way she would have preferred.

The way she’d prayed it would, more than once.

He was not a troll. He was not disfigured by his own cold, black heart and his dark imaginings the way he richly deserved. He was not stooped with loss or rendered appropriately hideous by the things he’d done.

Unfairly, Dario Di Sione was the most beautiful man she’d ever seen in her life. Still. He exuded that intense, brooding masculinity of his the way other, much less intriguing men smelled of aftershave or cologne. He wore the kind of seemingly casual jeans only very rich, very powerful men could make look like formalwear, and one of those whisper-soft shirts of his that clung to the glorious planes of his chest, the sleeves rolled up to show off his golden skin and the sheer strength of his forearms. She knew that behind the aviator sunglasses he wore his eyes would still be blue enough to rival the Hawaiian sky all around him, always such a dizzying contrast with the black hair he wore a touch too long and what looked like a day or two’s growth of beard on his perfect jaw.

And damn her for being just as susceptible to him as she’d always been. Despite everything.

“I asked you a question.”

Anais blinked, trying to shove aside her wholly unwanted reaction to him. But her fingers dug into the leather folder she carried, and she didn’t think she was fooling anyone. Least of all herself.

“I hope you didn’t have any trouble finding the place,” she said, as if this was a normal business meeting, the kind she carried out as Mr. Fuginawa’s lawyer, his first line of defense and his preferred method of communication with the outside world, all the time. “The road is a little bit tricky.”

Dario didn’t move. And yet she felt as if he’d reached across the distance between them and snatched her up in his fist. She had to force herself to take a breath. To stop holding the last one in as if letting it out might hurt her.

Especially when he slid those sunglasses from his face and focused all that furious blue attention on her.

“Really, Anais?” His voice was as mocking and withering as it was harsh, but she didn’t recoil at the slap of it. She was tougher now. She’d had to be, hadn’t she? “That’s how you want to play this?”

Anais didn’t look away. “Should we pick up the conversation where we left off six years ago, Dare? Is that what you want? The fact you cut me off without a word back then suggests not.”

“Was that a conversation?” His voice took on that same lethal edge she could see in the tense way he held himself, and it made her stomach ache. “I would have chosen an uglier word to describe the scene I walked in on.”

“That’s because your mind is a gutter,” she replied, still trying to keep her voice cool and professional, despite the topic. “But I’m afraid that has nothing to do with me. It never did.”

He laughed. Not the laughter she remembered from back when they’d first met, when she’d been a third year at Columbia Law and Dario had been finishing his MBA. The laughter that had made the entire city of Manhattan seem to stand still around him, lost in that rough sound of pure, male joy. This was not that. Not even close.

“I don’t care enough to ask you what you mean by that.” He looked around, his gaze as hard as that set to his jaw. “I came here for a pair of earrings, not to play Ghost of Christmas Past games with you. Can you help with that, Anais, or was this whole thing a set up so you could ambush me?”

By some miracle, her jaw didn’t drop at that.

Because she realized he meant what he said. She could read it in every hard, belligerent line of his body and that bright blaze of temper in his gaze.

“You knew this meeting was with me,” she managed to make herself say, though she couldn’t pretend she still sounded calm or in control. “We’ve been emailing for weeks.”

“My secretary has been emailing for weeks,” he corrected her. He shook his head, impatience etched across his features. “I’ve been busy with things that actually matter to me. And don’t flatter yourself, please. If I’d known you were going to be here, I wouldn’t be.”

And his voice was precisely as cutting as she remembered it from that horrible day six years ago when he’d walked out of their marriage, and her life, without warning and without a backward glance.

As if no time had passed. As if nothing had changed.

As if he really did think she was the cheating whore she still couldn’t quite believe he’d so easily, so quickly, so utterly accepted she was based on one easily explained and wholly innocent moment with his awful brother. Just as she couldn’t believe he’d never stuck around for that explanation—or even a fight. He’d simply… left.

Which meant all her silly expectations about this meeting today were nothing more than the same foolish dreams she’d nurtured all this time, all the while pretending she’d gotten over him and his shocking betrayal. That maybe he regretted what he’d done. That maybe he’d finally put aside his pride. That maybe he’d come to his senses at last. It was bad enough that she’d entertained such fantasies. It told her all kinds of uncomfortable things about how pathetic she was, how desperate and sad.

But much worse than her own hurt feelings and obviously messed up heart, it meant that he still had no idea.

He still didn’t know about Damian.

He really had come all the way to this remote corner of Maui for a pair of earrings, not for her.

And certainly not for their son. 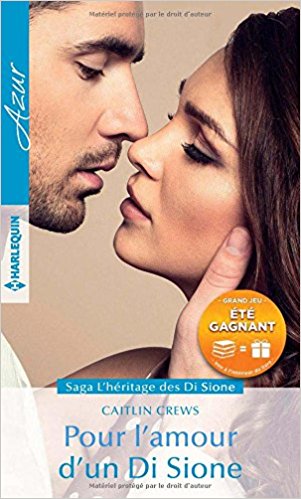 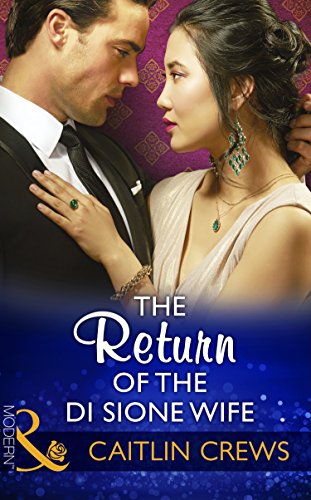 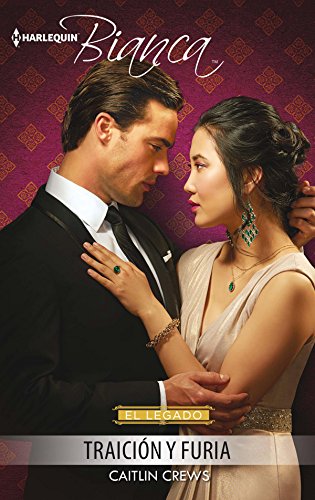 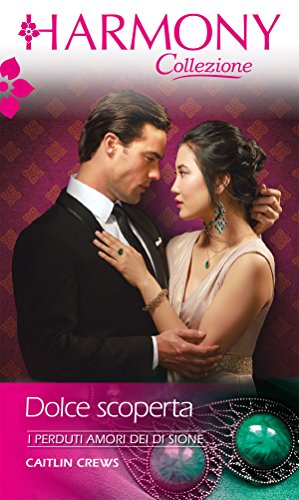 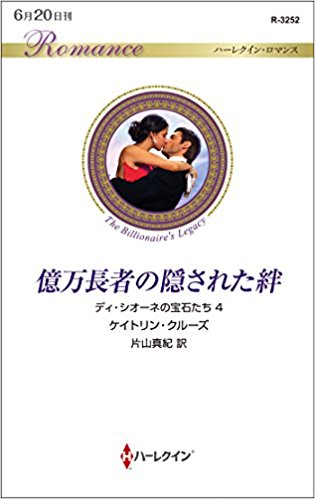