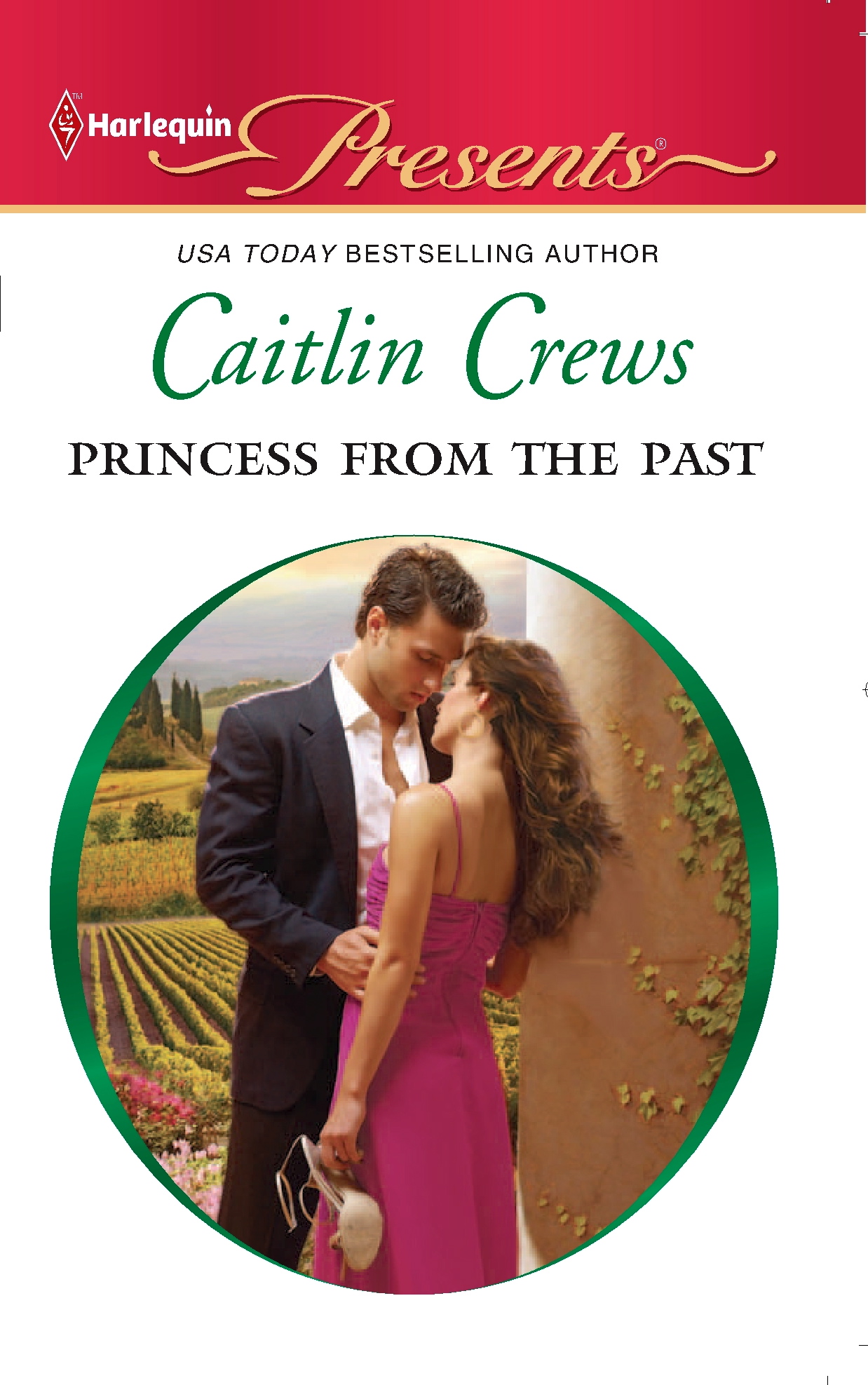 Behind the imposing walls of the castle, free-spirited Bethany Vassal discovered that her whirlwind marriage to Prince Leo Di Marco was nothing like the fairy tale she’d imagined. Before long the forgotten princess ran away, hoping the man she fell in love with would one day see sense and come and find her…

Marrying Bethany is the only reckless thing Leo has ever done, and now he is paying the price. The time has come for him to produce a royal heir—and Bethany must return to the very castle from which she fled! 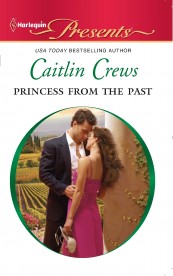 Bethany Vassal did not have to turn around. She knew exactly who had just entered the exclusive art-gallery in Toronto's glamorous Yorkville neighborhood. Even if she had not heard the increased buzz from the well-clad, cocktail-sipping crowd, or felt the sudden spike in energy roll through the long, bright space like an earthquake, she would have known. Her body knew and reacted immediately. The back of her neck prickled in warning. Her stomach tensed. Her muscles clenched tight in automatic response. She stopped pretending to gaze at the bold colors and twisted shapes of the painting before her and let her eyes drift closed to ward off the memories. And the pain—so much pain.

He was here. After all this time, after all her agonizing, planning and years of isolation, he was in the same room. She told herself she was ready.

She had to be.

Bethany turned slowly. She had deliberately situated herself in the furthest corner of the upscale gallery so she could see down the gleaming wood and white corridor to the door, so she could prepare herself when he arrived. But the truth, she was forced to admit to herself as she finally twisted all the way around to face the inevitable commotion near the great glass doors, was that there was really no way to prepare. Not for Prince Leopoldo Di Marco. Her husband.

She had been so broken when she'd met him—still reeling from the death of the bed-ridden father she'd cared for through his last years; still spinning wildly in the knowledge that suddenly, at twenty-three, she could have any life she wanted instead of being a sick man's care-giver. Except she hadn't known what to want. The only world she'd ever known had been so small. She had been grieving—and then there had been Leo, like a sudden bright sunrise after years of rain.

She'd believed he was perfect, the perfect prince out of a story book. And she'd believed that with him she was some kind of fairy-tale princess who could escape into the perfect dream come true. Bethany's mouth twisted. She'd certainly learned better, hadn't she? He'd smashed that belief into pieces by abandoning her in every way that mattered once they'd reached his home in Italy. By shutting her out, leaving her more alone than she had ever been before, overwhelmed and lonely half a world away from all she'd ever known.

And then he'd decided he wanted to bring a child into all of that despair. It had been impossible, the final straw. Bethany's hands clenched at her sides as if she could strike out at her memories. She forced herself to take a deep breath. Anger would not help her now—only focus. She had very specific goals tonight. She wanted her freedom, and she could not allow herself to get sidetracked by the past.

Then she looked up and saw him. The world seemed to contract and then expand around her. Time seemed to stop—or perhaps that was simply her ability to draw breath.

He strode through the gallery, flanked by two stone-faced members of his security detail. He was, as he had always been, a heartbreaking study of dark-haired, gleaming-eyed Italian male beauty. He wore, with nonchalant ease, an elegantly tailored dark suit that somehow made him seem even more ruggedly handsome than he naturally was. It clung to his broad shoulders and showcased his mouth-watering physique.

But Bethany could not allow herself to focus on his physicality; it was too dangerous. She had forgotten, somehow, that he was so...vivid. Her memory had made him smaller, duller. It had muted the sheer force of him, making her forget how commanding he was, how his uncompromising masculinity and irrefutable power seemed to radiate from him, making everyone in his vicinity both step back and stare.

It also made her profoundly sad. She swallowed and tried to shake the melancholy away. It could not possibly help her here.

His long, tall, exquisitely hewn body, was all rangy muscle and sensual male grace, moving through the crowd with a kind of liquid ease. His cheekbones were high and pronounced—noticeable from across a large room. He carried himself as if he were a king or a god. His mouth, even in its current flat, disapproving line, hinted at the shattering sensuality she knew far too well he could and would use as his most devastating weapon against her. His rich, thick, dark-brown hair was cut to suit perfectly the ruthless, focused magnate she knew him to be—whatever else he might be.

Everything he wore, even the way he held himself, broadcasted his wealth, his power, and that dark, sexual magnetism that was uniquely his. It was as much a part of him as his olive skin, his corded muscles and his earthy, woodsy scent—which she must be remembering, she told herself, frowning, for she was certainly not close enough to him to smell his skin. Nor would she be ever again, she vowed.

For he was no fairy tale prince, as she had once so innocently imagined. Bethany had to bite back a hollow laugh. There were no swelling, happy songs, no happily-ever-afters—not with Leo Di Marco, Principe di Felici. Bethany had learned that the hardest, most painful way possible. His was an ancient and revered title, with ancient responsibilities and immutable duties, and Leo was its steward. First, foremost, always, he was the title.

She watched his dark eyes flick through the crowd with ruthless impatience. He looked annoyed. Already. She sucked in a shaky breath. Then, inevitably, he found her. She felt the kick of his gaze like a punch to her gut and had to breathe through the sudden light-headedness. She had wanted this, she reminded herself. She had to see this through now, finally, or she did not know what might become of her.

Bethany had to force herself to stand up straight, to simply wait there as he bore down on her. She crossed her arms, held on tight to her elbows and tried to look unmoved by his approach even as she quaked with that inevitable, unfair reaction to his presence that had always ruined her attempts to stand up to him before. Meanwhile memories she refused to delve into haunted her still, flickering across her mind too quickly, leaving the same old scars behind.

Leo dismissed his bodyguards with the barest flick of a finger, his dark gaze fused to hers, his long legs eating up the distance between them. He looked overpowering and overwhelming, as he always had, as he always would—as if he alone could block out the rest of the world. Worst of all, she knew he could. And would. And did.

Bethany's throat was too dry. She had the overwhelming urge to turn away, to run, but she knew he would only follow. More than that, it would defeat her purpose. She had chosen this particular meeting-place deliberately: a bright and crowded art-opening filled with the sort of people who would recognize a man of Leo's stature at a glance. Protection, she had thought, as much from Leo's inevitable fury as from her own ungovernable response to this man.

This would not be like the last time. He had been so angry and she had foolishly thought that maybe they might work something out—if he'd actually spoken to her for once, instead of putting her off. Three years had passed since that night, and still, thinking of the things he had said and the way it had all exploded into that devastating, unwanted and uncontainable passion, that still shamed her to remember—

She shoved the memories aside and squared her shoulders.

Then he was right there in front of her, his gaze taut on hers. She could not breathe.

Already, after mere seconds, that heady, potent masculinity that was his and his alone pulled her in, tugging at parts of her she'd thought long dead. Already she felt that terrible, familiar yearning swell within her, urging her to move closer, to bury herself in the heat of him, to lose herself in him as she nearly had before

But she was different now. She'd had to be to survive him. She was no longer the naive, weak little girl he had handled so carelessly throughout the eighteen harrowing months of their marriage. The girl with no boundaries and no ability to stand up for herself.

She would never be that girl again. She had worked too hard three years ago to leave her behind. To grow into the woman she should have been all along.

Leo merely stared at her, his dark, coffee-colored eyes narrowing slightly, as bitter and black as she remembered. He would have looked indolent, almost bored, were it not for the faintest hint of grim tension in his lean jaw and the sense of carefully leashed power that hummed just beneath his skin.

Her name in his cruel mouth felt...intimate. It mocked her with the memories she refused to acknowledge, yet still seemed to affect her breathing, her skin, her heartbeat.

"What game are you playing tonight?" he asked softly, his eyes dark and unreadable, his voice controlled. "I am touched that you thought to include me after all this time."

"I want a divorce," she said, tilting back her head to look at him directly. 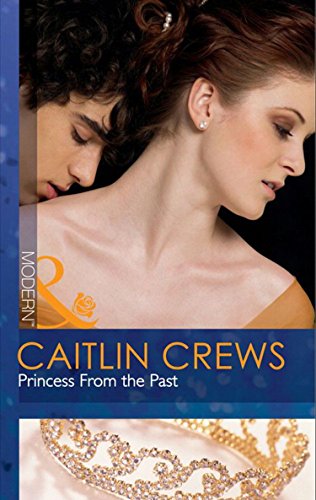 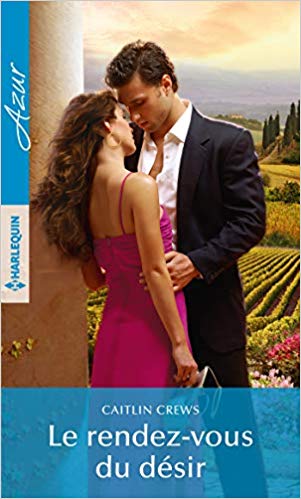 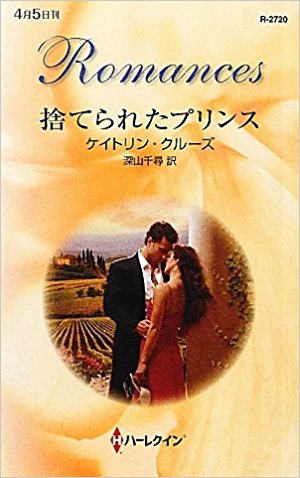 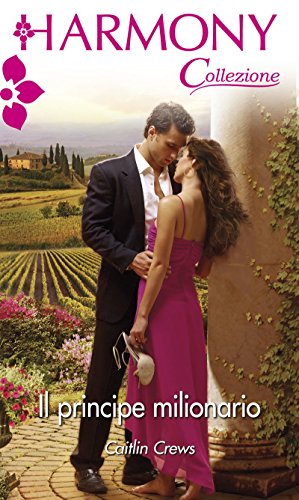 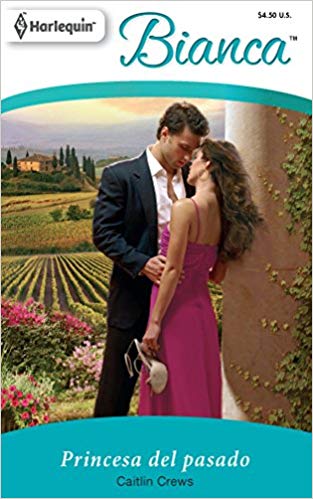 4.5 Stars/TOP PICK! “This unforgettable romance will take your breath away with its intensely emotional plot and beautiful narrative. But it’s Crews’ characters who will hook readers, from one tumultuous encounter to the next until every heart is racing with anticipation.”