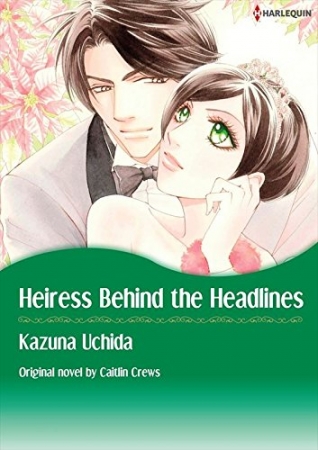 Heiress Behind The Headlines

(Manga edition of Heiress Behind the Headlines)

Book 2 of the Whitney Heiresses

It’s a field day for the tabloids when famous young media heiress Larissa Whitney’s fiancé dumps her in broad daylight in the streets of New York. But there was never any love between them; she’d only gotten engaged to him to get back at her father. To escape the watchful eyes of the paparazzi, she makes her way to a small island resort in Maine.

It’’s there that she meets Jack, the heir of a wealthy family and, if you believed the rumors, a notorious playboy. Drawn together by their shared experience being hounded by the tabloids, they share a night of romance. Weeks later at Christmastime, Larissa finds herself alone in New York despairing that no one can see the real her, only the lies and scandals. Little does she know she’s about to get a helping hand from her old flame Jack!