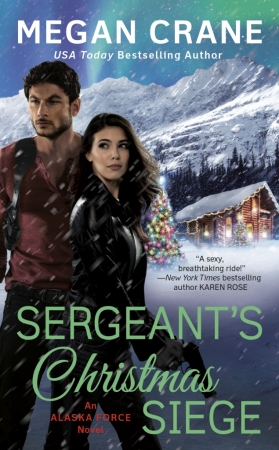 Book 3 of the Alaska Force

When by-the-rules Alaskan State Trooper Kate Holiday is sent to investigate a local band of secretive commandos in remote Grizzly Harbor, her objective is clear: disband Alaska Force and arrest them. But things in Grizzly Harbor don’t add up, and Kate didn’t count on the diabolical temptation of Templeton Cross.

The former Army Ranger exudes charm, makes a spectacle of himself, and has absolutely no respect for the rules of law that govern Kate’s life – too bad he also makes her mouth water and her knees weak. Cross has always been good at keeping his game face on and his emotions hidden, especially in combat. But Kate’s tempting curves bring back memories he prefers to keep locked up tight, of losses that haunt him still.

As the pressure mounts in Grizzly Harbor, pointing the investigation straight at Alaska Force, the more likely it seems that someone’s going to get hurt. Trouble is, the more time he spends drawing Kate out of her neat, careful routines and into his bed, the more he wants to keep her around. Forever. But forever is the one thing a man like Templeton can’t do…