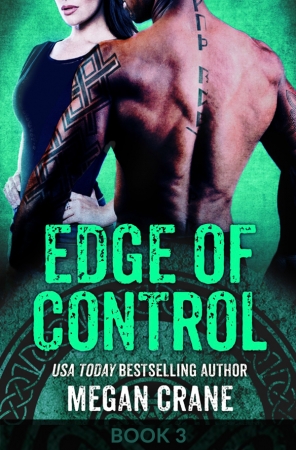 Book 3 of the Edge

Riordan is a ruthless warrior whose foes tremble before him in his drowned and ruined world.

The last thing he wants to do is go undercover as a weakling to spy on his clan’s enemies. Much less with Eiryn— a badass raider warrior in her own right and the only woman Riordan’s never been able to forget.

Eiryn has been betrayed too many times. An escape into a dangerous mission where she can pretend to be the soft, biddable female she’s not seems like the perfect solution. She’s sure she can control the fiery passion that simmers between her and Riordan, the man she’s spent years pretending to hate. After all, the unquenchable lust that flares between them now is all for show… isn’t it?