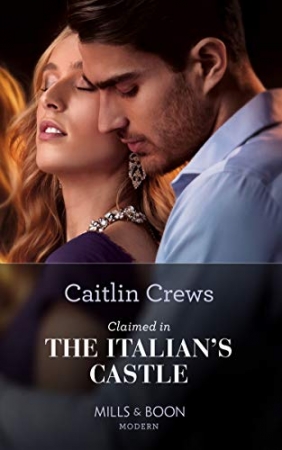 Claimed In The Italian's Castle

(English (UK) edition of Claimed in the Italian’s Castle)

She had to marry him.
But she can choose to love him…

When innocent, piano-playing Angelina must marry enigmatic Benedetto Franceschi, she should be terrified. After all, Benedetto’s previous six wives have vanished without a trace. But their electrifying chemistry forges an unspoken connection…

Angelina’s composed demeanour belies a fierce spirit that Benedetto is inescapably, irresistibly drawn to. For so long, secluded in his luxurious castle, he’s believed himself as monstrous as the rumours make him out to be. But Angelina isn’t afraid. Can he match her courage to become the husband she deserves?