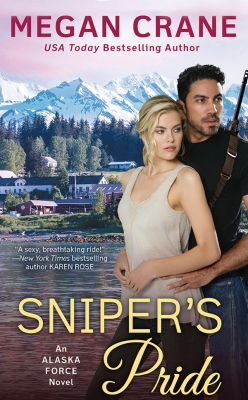 Mariah McKenna should have known that fairy tales weren’t for dirt poor backwoods country girls like her. Ten years later, she’s left Prince Not-So-Charming and is prepared to move on with her life – until he tries to kill her.

When she hunts down an elusive special ops team who might be the only ones who can help her, she’s not prepared to walk off a ferry in far-off Alaska and come face to face with the most beautifully lethal man she’s ever seen in her life. Or how he makes her feel.

But will she live long enough to enjoy him?

Likes: Living through the night, learning how to defend herself, figuring out who she is.

Dislikes: The ten years she spent playing Cinderella games with her ex.